From inside the book

What people are saying - Write a review

Reviews aren't verified, but Google checks for and removes fake content when it's identified

Caroline Myss, who is a pioneer in energy medicine studies, explains how people could use their personal power in Invisible Acts of Power. Myss spells out how they could manage their spiritual energy ... Read full review

Take one part energy centers and mix in a little Chicken Soup for the Soul and you've got Invisible Acts of Power. Carolyne Myss has taken a number of stories from people who have been of service to ... Read full review

3 other sections not shown

Other editions - View all

Caroline Myss was born on December 2, 1952 in Chicago, Illinois. She received a bachelor of arts degree in journalism from the Saint Mary-of-the-Woods College in Indiana in 1974. During her career as a journalist, she interviewed Elisabeth Kübler-Ross, the author of the book, On Death and Dying, which inspired her to pursue a master's degree in theology from Mundelein College, which she completed in 1979. She also studied intuition and energy medicine at Greenwich University. In 1982, she started giving medical intuitive readings and has been in the field of energy medicine and human consciousness for 20 years. She specializes in assisting people in understanding the emotional, psychological, and physical reasons why their bodies have developed an illness. She has written numerous books including Anatomy of the Spirit; Why People Don't Heal and How They Can; Sacred Contracts; Entering the Castle; and Defy Gravity: Healing Beyond the Bounds of Reason. 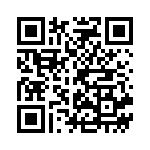